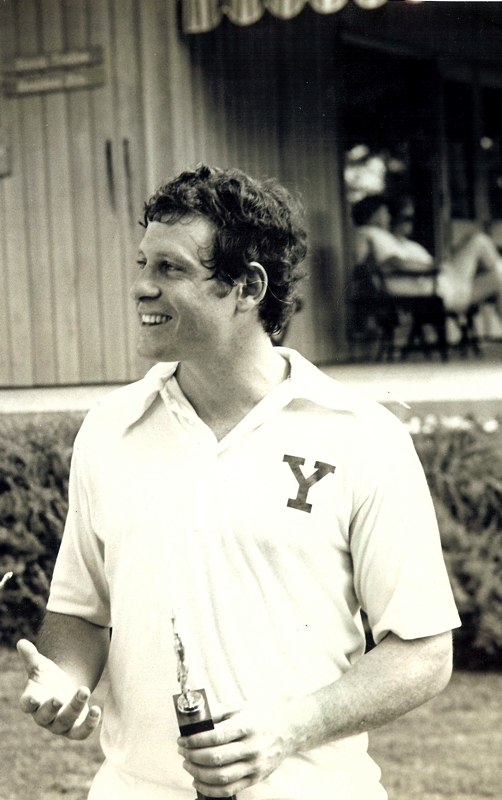 Jeffrey played varsity soccer for Lower Merion in 1962, 1963, and 1964.  During that time Lower Merion posted a 41-6-1 overall record, winning the league title all three years.  During his senior year, Jeffrey was named All-League 1st team, and to the Philadelphia All-Scholastic Team.  In the annual game between the Philadelphia All-Scholastic Team and the New York All-Scholastic Team, held at Randall’s Island Stadium in New York, Jeffrey was honored as the game’s Most Valuable Player.  In addition, Jeffrey played lacrosse in his junior & senior year and was named to the Pennsylvania and Delaware All-State Lacrosse Team.

Jeffrey serves on the Board of Overseers at Penn and is active on the advisory committees for both The Real Estate School at Wharton and the Penn Athletic Department.  Through his continued generosity to the Penn soccer program, the soccer stadium was named Rhodes Field in 1990.  In recognition of the Century of Soccer at Penn, Jeffrey was also honored in 2005 when he was named to their 1965-1974 All-Decade Team.

During his 37 year career, Jeffrey has worked for some of the largest and most prominent real estate development companies in over 25 cities.  Best known projects include Copley Place in Boston, the Beverly Hills Hotel, Pebble Beach, Aspen Skiing Company, and One Logan Square and the Four Seasons Hotel in Philadelphia.  Jeffrey is currently president of The Rhodes Company and returned to Lower Merion Township from Seattle 7 years ago with his wife, Katie, and their twins Nicolas & Lauren.