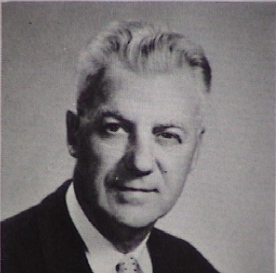 Robert (Bob) Hill has long been deceased, but is still considered one of the most successful coaches in Lower Merion High School Boy’s Soccer history. After graduating from the University of Pennsylvania, he began his tenure at Lower Merion as a teacher in the math department. He first served as assistant coach to Harold Helveston for several years in the late 30’s and early 40’s, then Bob took over the head job in 1942. He coached boy’s soccer for 17 years, from 1942 to 1959, and accumulated an overall record of 225-51-46 while winning 11 Suburban 1 League titles (including 7 straight) and 2 District 1 titles. He then passed the baton to Charles Kerner, another math teacher, in 1960. When Mr. Kerner took emergency leaves in 1962 & 1965, Bob came back and coached the team in his absence, winning another League & District title in 1965 when his team went 17-1. This brought his total record at Lower Merion to 231-55-48, and to this day, Bob remains the winningest boy’s soccer coach in the history of the school.