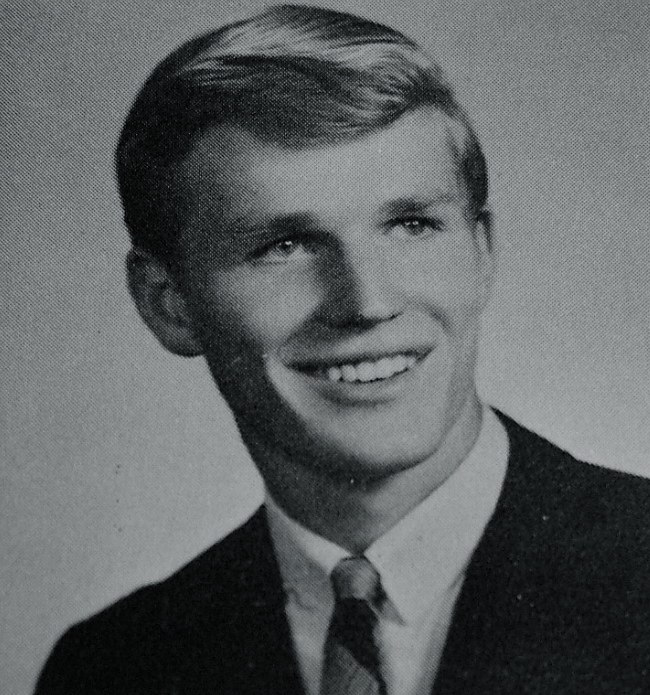 Steve (“S”) Davidson played varsity soccer for Lower Merion in the Fall of 1963, 1964, & 1965. During that time the Lower Merion varsity posted a 41-4-2 overall record, went undefeated in league play all three years, and won the District 1 Title in 1965. Steve was an all-league 1st team pick in both his junior & senior years, as well as captain, and a Philadelphia All-Scholastic selection in his senior year. His boy’s varsity scoring records at LM of most career goals (64), and most goals in a single season (31) still stand today. In 1999, girl’s varsity soccer star Leah Greenspoon broke Steve’s school record with her 65th career goal, which ironically was assisted by Steve’s daughter Findley. Both of Steve’s children played soccer for Lower Merion; Findley was a four year starter on the girl’s varsity team (1996 thru 1999), and Todd a two year starter on the boy’s team (1994 & 1995). Both were All-League selections in their senior years.

After graduating from Lower Merion, Steve went to Princeton, where he became a three year varsity starter on the Tiger’s soccer team. He was an All-Ivy League selection all three years, chosen to the All-East team as a junior & senior, and, as a senior, was the Captain of the team and chosen to the NCAA All-America Team. He also won the team’s Most Valuable Player award as a senior. His scoring records for career goals (43), and most goals in a single season (20) still stand at Princeton.

Upon graduation, Steve taught at The Haverford School for two years. He then got involved with Home Box Office as an Account Manager, and rose through the ranks to his current position of Executive Vice President of Affiliate Sales. He currently resides in Lower Merion Township with his wife Ollie.