Back to the Hall of Fame 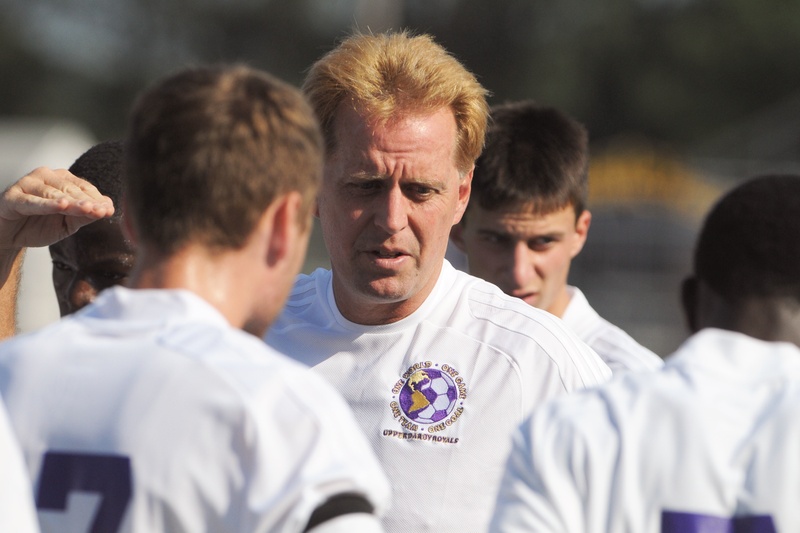 Tom Farr played soccer for Lower Merion from 1971 – 1973 under Coach Rob Robinson.  After graduation he went on to play for Dr. John McKeon at East Stroudsburg State College from 1974-1977.  After college he played with numerous clubs in the area up until 2006, which includes the Lower Merion Recreational league, the Philadelphia Cricket Club, the United League, Berks United and West Bradford.

Tom was Lower Merion High School Varsity Assistant coach in 1978, he coached the Drexel Hill Junior High team from 1979 – 1981, Upper Darby Freshman Soccer team in 1982 – 1983 and since 1984 has been the Head Soccer Coach at Upper Darby High School.  His current overall Varsity record is 184-201-53.  His Upper Darby team has won numerous Central League sportsmanship awards since the inception of the award 12 years ago.  Under Tom, the Upper Darby team won the Central League title in 2004 and has appeared in the PIAA District One play-offs in 2002, 2004, 2006, and 2007.  Tom currently serves as the Mathematics Supervisor for Upper Darby School District.

Tom has been married since 1992 to Kim, who teaches Spanish at Academy Park High School.  They have two daughters.  Darri and Hallie.
Copyright ©2011-2019