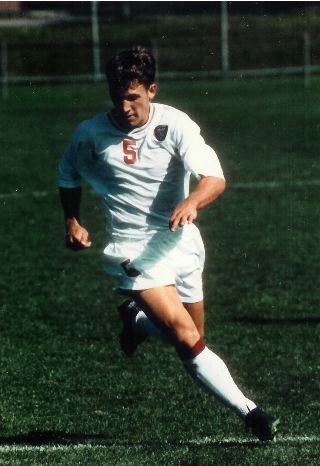 William (Will) Kohler was a 3 year varsity starter for Lower Merion’s soccer team in 1990, 1991, & 1992. The team’s record during his 3 years was 40-13-10, and in all three years the Aces qualified for the District 1 Playoffs. After being chosen to the All-Central League 2nd team as a sophmore, Will became one of the most dominant players in the Central League in his Junior & Senior years. He led both the team, and the league, in scoring both years, totaling a combined 46 goals and 36 assists. He was chosen 1st team All-Central League as a Junior and a Senior, and was named the league’s MVP his Senior year. He also made the All-State team each year as well. In addition, Will was named to the NSCAA High School All-America team both years, being only one of two Lower Merion players ever to achieve this honor.

While in High School Will also played for the U-17 National Team, and participated in the Junior World Cup held in Italy. Upon graduation he attended Harvard University, where he was a 3-year starter and an All-Ivy selection all three years. As a Senior he was named the Ivy League’s Player of the Year.. In 1997 Will was drafted 14th overall in the MLS draft by the New York-New Jersey Metrostars.

After graduating with honors from Harvard, with a B.A. in economics, Will was a co-founder of a facilities-based communications provider called Pointe Communications. Currently he works at Prism Venture Partners in Boston, MA, and lives in Duxbury, MA with his wife Devon and his daughter.